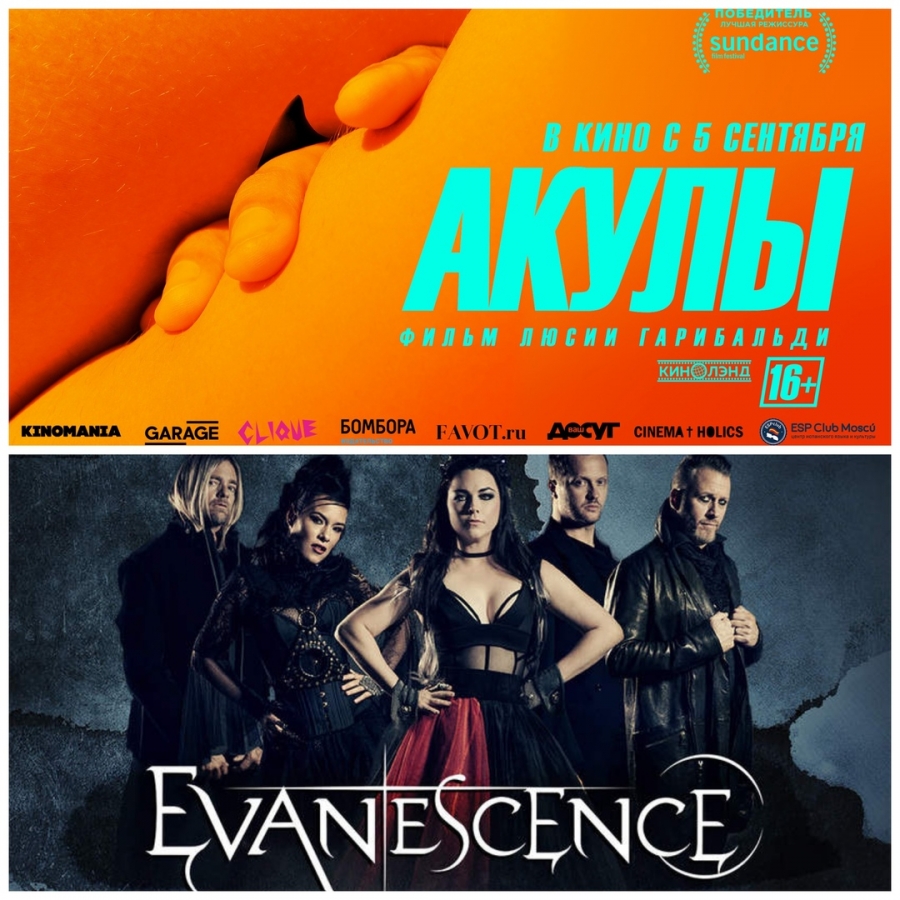 Friends, in anticipation of the premiere of the film “Sharks” (released on September 5), the Kinoland company together with the united cinema network KINO OKKO (Cinema Park and Formula Kino) is launching a competition, in which you can win 2 tickets to the Evanescence concert in Moscow September 24!

The results will be announced on September 9.

Participate and win tickets to the grand concert of the world famous band Evanescence!

And, of course, watch! The mesmerizing movie “Sharks” September 5