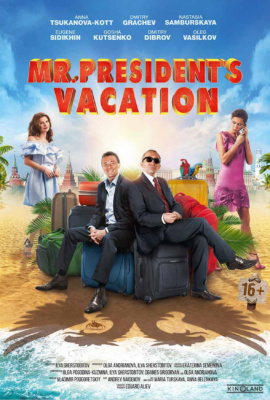 The Russian president decides to go on vacation. To do this, he changes his appearance with the help of prosthetics and make-up, but the hapless artist takes the cover image of the first magazine he sees laying around, and now the President looks exactly like the narcissistic marginal Valera who’s hiding from the collectors. Ironically, the FSO’s vigilant employees put surveillance on the wrong subject – and while the real head of state plunges into commonness, goes on a road trip with fellow traveler Zina, Valera gladly enjoys the presidential service, simultaneously voicing opinions on foreign and domestic policy issues …